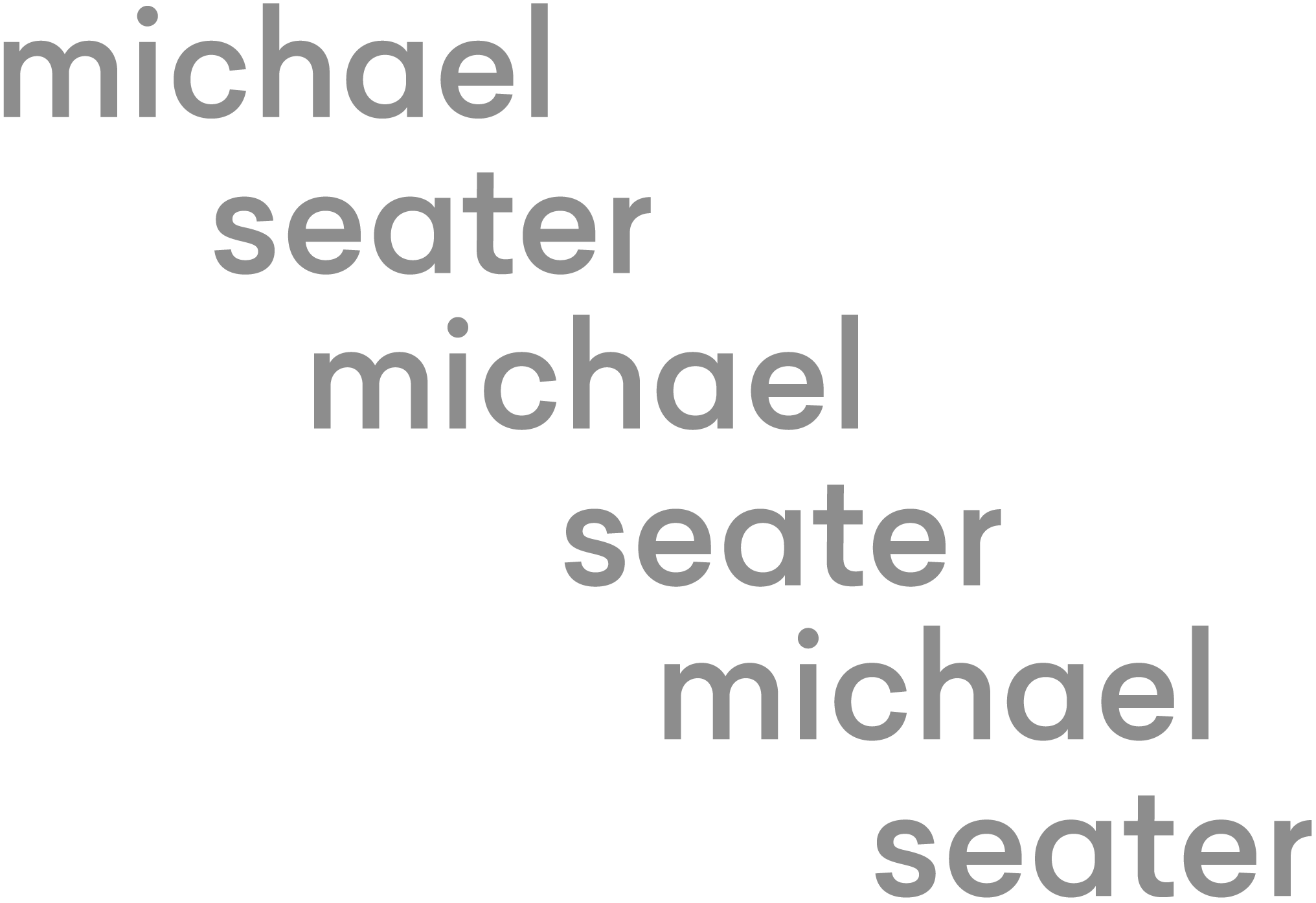 Michael Seater has well exceeded his 10,000 hours. An actor since the age of eight, Seater approaches directing with a Swiss army knife of skills and insights. The former Disney darling would sit and watch the dailies as a teenager – analysing how the previous day on set had translated. For over a decade, film sets were his film school.

Seater’s unofficial first short film SLY CAD, which he directed, wrote and starred in, was selected for the Not Short on Talent program during the Cannes International Film Festival. His sophomore feature, Sadie’s Last Days on Earth, followed shortly after winning a Leo award before being picked up by Netflix. Sought after for his fresh and distinctive approach to brand storytelling, Seater has expanded his portfolio to include commercial work – where he thrives in creating narratives from the abstract. There’s a common crackle of anticipation and intrigue simmering just below the surface of his projects.

From directing and producing Holt Renfrew’s recent campaign with Gossip Girl star Jordan Alexander to directing Walmart’s first scripted series “Upstairs Amy” through to exploring Paris with playwright and actor Jeremy O. Harris, Seater fosters richness and texture in his storytelling. His intimacy with both sides of the camera is revealed in his ability to pull out a performance moment to moment. In describing his work, he says only partly in-jest, “imagine a wink from Cate Blanchett.” This cheeky calling card is an invitation that something’s about to happen that is not to be missed.