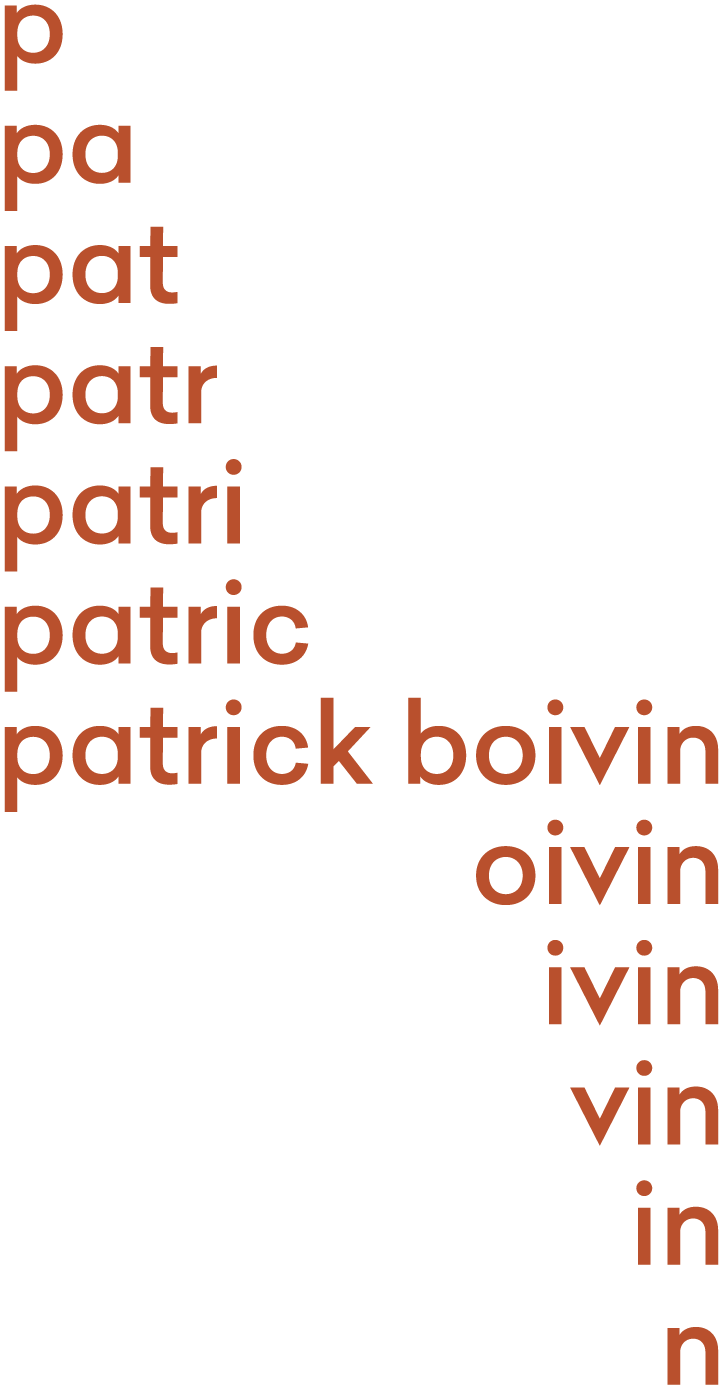 Patrick Boivin first made his mark with Phylactère Cola, a 2003 experimental TV series that quickly became a cult classic. He’s gone on to create numerous films that have screened widely on the international festival circuit.

His YouTube channel is where things really get cooking, with over 400 million views and counting. Industry heavyweights like Iggy Pop, Tony Hawk, LG, Lego, Disney•Pixar, Coca Cola, KitKat, Ford, Nike and Google have all come knocking to have him put his distinctive spin on their brand.